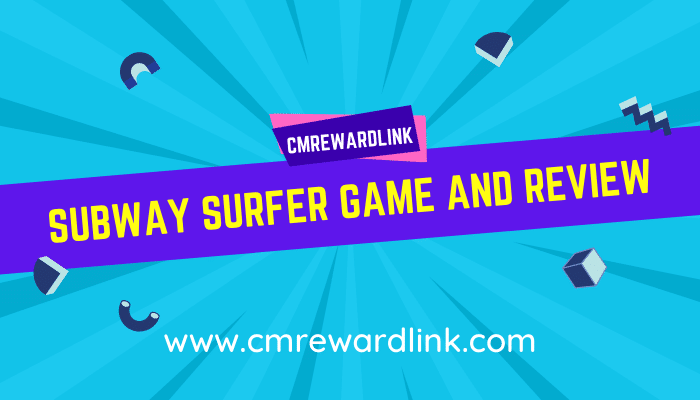 Over the past few decades, mobile games have changed a lot. The trending games on the play store or app store are those games that can be played in a short time, which doesn’t need any proper introduction. A subway surfer is one of those games, and not only that, once you understand the whole scenario, you will be hooked.

In simple terms, subway surfers can be defined as the better version of the endless running game like temple run. But the twist and turns provided by this game are way more fun than any other game.

This game’s core is to run along the subway railway tracks; on the way, one can collect an infinite amount of coins and boosters, which help you avoid severe obstacles like trains or lamp posts or maybe wooden barricades. One needs to swipe their finger on the screen left to right in the three consecutive railway tracks to avoid obstacles.

Along with this, there are many elements present in this game, like the power-ups, which help you to collect more points as well as also helps to avoid obstacles. Like the jet pack & coin, a magnet enables you to manage a lot of coins in a single shot, whereas sneakers help you avoid obstacles. Other than this booster, one will also get various missions to complete, because of which one can collect a lot of coins while completing those missions.

Other than all these power-ups, one can upgrade these power-ups. Consider this hoverboard one can upgrade using coins, which you must have collected by playing the game. Even one can purchase these coins; usually, one can collect this coin just in a single shot to easily upgrade this booster, so buying coins is unnecessary. You want to spend money or not, it’s totally up to you.

This game has useful features; one should check them out.

What is a Subway surfer?

Subway surfer is a 3D running game. The graphics of the subway surfer is animated, and the art style is very colorful and cartoonist because of which children & women love this game interface. In this very particular game, one graffiti artist tries to escape from the policemen.

The key feature of this game one can easily see their ranking from another ranking competitor. Besides this ranking system, one will also get three tasks: one needs to play the game and fulfill those missions once one achieves those goals. This is a great approach that will push the player to play the game regularly.

Subway surfer is an infinite running mobile game; billions of people download it on almost every platform. The game was first launched in 2012 after so many years of reforms and added features as lead to today’s subway surfers.

The vital factor in the subway surfers is that this game is continuously renovating and improving the game by removing glitches from the competition. As earlier, we have mentioned, subway surfers are somewhat close to time, but at the same, it’s not a pure clone of temple run. In temple run, one needs to turn, but subway surfer it is an infinite straight-line run.

In the subway surfer, the paths are divided into three essential railway tracks. The character of this game needs to jump from one way to another to avoid any obstacles.

The obstacles can be static as well as dynamic. In general, it is a fantastic infinite running game where one needs to swipe their finger so that the character can jump from one track to another to collect coins and avoid any obstacles.

The achievements work similarly to many infinite running games; to put forward in this game, one can be four different forms to unlock achievements. In this section, we will discuss all types of players.

Achievers, In short, are here to collect more coins and points.

Explorers, unlock all the game’s secrets, and pay a visit to all the possible features available. For socializers, communication is the ultimate pro job. Last but not least is the killer who dominates the whole game.

This extraordinary thing is its regular update, making the gameplay quite sophisticated and making the interface quite user-friendly. In short, the graphics of the game, as well as the interface, is quite remarkable. And playing subway surfer is an excellent way to explore something new.

The graphics of subway surfer is quite excellent, and the character on these games are appealing, which is quite different than other infinite running games like temple run.

As the game is straight because one doesn’t need to turn their mobile phone, one needs to swipe their hands to move from one track to another to avoid obstacles. And lastly is the mystery box upgrade, which can be found after you finish a run or buy this box at 500 coins.

In the temple run, a character will chase you down while you’re running; this character is known as cannibals.

One thing about temple runs is sometimes we get random stuff like holes. Turning around and you don’t know what is there on the other end makes it quite challenging to play, but there are no such things in subway surfers.

Lastly is the graphics comparison; even though subway surfer has animated graphics, many running games like temple run somewhat realistic graphics than subway surfers.

In general, subway surfer is a great game. This game has excellent graphics, and if you crave adorable animated characters, you should sign up for this. The environment of this game is also fantastic, colorful, and bright. Moreover, this game is regularly updating, and one should reconsider this game.

You Must Also Read