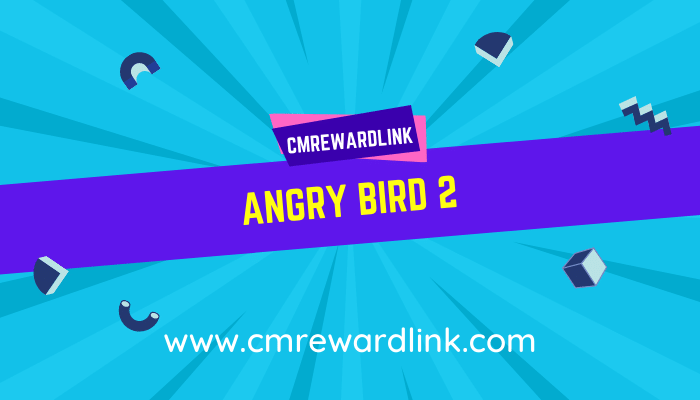 Angry bird 2 is a series of games with many versions till now. It is free to download and free to play. You have an option to buy or not from the store. Angry birds 2 have introduced a new bird named silver it has abilities for red, power-ups your game that occurs in many levels. You can download the angry bird on all types of phones. Plan a strategy hi drop down the building that creates on every level.

How to play the angry bird 2 game

As soon as you start the game, you will see opened page of the game; on the left-hand side, a bird is ready to get swinged, and on the right-hand side, you get to know a building structure and tiny green piggies on it. Tap on the Angry red bird and take it backward and set your aim on the green Pig and leave the Angry red bird of your objective is good all the pigs will get killed, and every item of the structure plus the Pig you will earn points this will go on. Also, after some levels, you get a key that helps you unlock any bird you like.

Piggies of the game

The players have to drop down all the green-colored Piggy angry birds in the structure. Each piggy bird gives you rewards. Those green piggies can defeat themselves by hitting them back with the bird or spell. They can also knock them back with projectiles, and they can also attack the birds with a tractor beam; they can also fly away from the danger and even transform the birds into random objects. These strategies sometimes affect and can end up backfiring them many times.

Importance of cards in the Angry birds game 2

Every single bird and spell is represented on cards. Tapping on the cards means selecting that particular bird to play for your hit. Every stage of the game has many pigs. You can keep only 3 cards on the page, and that too, one at a time. The rest cards can be seen on the deck. The Destruct-o-meter fills up the running game as the player destroys the structure. After the meter indicator gets full, the player will get a card.

Basic information on the scoring system

Killing every object on the field earns you points; the points will be multiplied in the birds’ score selection. Altogether score bears is on. 4 factors are Birds level, highest hat tier slingshot level, hatching levels.

How to live long in the game

The game begins with 5 lives each. If you use all cards while playing, you also lose 2 live. If one Pig remains alive and you don’t have any card or have lives left, you can watch a video and get 1 bird. If all lives are over, you can also pay some asked gems to protect the few seconds ads that come up and set 1 life; you have to wait for 30 seconds to get 1 life but let me get one thing to your notice watch the full video.

Most lives are not used frequently among the Arena, the boot camp, or in the clan event, and you can play these even if there is a shortage of lives.

Facebook is also the best way to make your gameplay better. Connecting with friends on Facebook can earn you various angry birds items, apple as a gift from your friends, which is useless until you don’t touch them online. Still, the player has to complete the level successfully on one requirement.

Sometimes instead of the green-colored Pig, golden pigs take over in the same structure of the game. After the death of the Golden Pig, the destruct-o-meter gets filled faster, and the player receives an extra card. The player can give and take gifts amongst the friends. Games lives avatars are many items that can be collected when connecting with Facebook.

Modes of angry Bird 2 games are daily challenges, Tower of fortune, the Arena, and mighty eagles Bootcamp and clans.

There are 3 levels of challenges in a single set. 1st is regular 2nd is hard 3rd is boss these has to be filled ok all rows to get prizes. If you fail to win any of the three levels, you lose a life. And the game starts all over again from the first. You win all three levels by chance, and the player can beat the king pig panic that gives you more significant prizes.

Tower of fortune is a long way process of floors. Players have to pick 1 card for each floor out of the 4 cards. The other 3 of them create a lot of features, spells, gems, or apples that will add to the player’s achievements list. The other cards have pigs who will steal all the items. Players can quit any time between the play, collect the rewards and then exit the Tower. As you reach the 5th floor, it brings you a jackpot where all 4 cards have hats and no pigs.

The Arina of angry bird is unlocked after you reach level 5. All over the world, players are divided into batches, and features are gifted to each bird based on each player’s high score. Arena events are a never-ending game that changes every day. Players get medals after they finish the top 3 Arena. Every day the player receives 5 sets of birds which can only be used once in the Arena. The players get ranked that goes up and down on the performance.

Role of chef piggy waiting for the game

As the events of the angry bird end, chef pig takes all the eggs and puts them in the airship in which he travels. He leaves behind the red birds to collect the rest flock for pursing him and all the pigs that are left. As soon as the chef pig gets defeated, Foreman pig captures the ship to take the birds to form, recovering the eggs. After the role of the foreman, the king pig takes over the charge of the boat. And this is how the cycle of ruling over the ships goes on throughout the game.