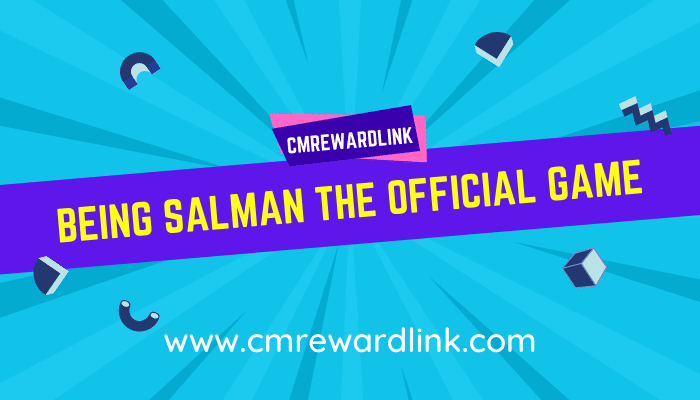 Are you always looking for games to play? If yes, then you are in the right place. In this article, we bring a Being Salman The official Game for our audience.

About Being Salman: The official Game

I know every youngster is looking for a game that makes them feel overwhelmed. Some studies state that 81% of children under the age of 18 are regularly playing games. After interviewing some children, it says that gaming is one of the top 10 hobbies.

Everything has its two sides, both positive and negative, likewise games. Since 2017, the Gaming industry is booming. It has a great scope of future. Also, many YouTubers are gaining recognition after streaming many games. So, playing games could be boon for the people who use it for a worthwhile.

Based on the above facts, we bring you a game that you can enjoy.

One of the most celebrities, Salman Khan, has been entertaining us for the last 28 years. His fans love him very much. His movies always bring something new to the audience.

This is the first-ever game based on a Bollywood celebrity. In this game, you play in as Salman khan. Just like his action films, you have to eliminate enemies. It’s an excellent game for those who love action-shooting games.

Being Salman: The official Game

The game is created by Playizzon and released on 25th August 2016, and the game is based on Bollywood’s famous personality, Salman khan. It is made because of Salman Khan’s action films. Just like he does actions in his movie, this game also has the action concept.

In addition, the game starts with the theoretical concept. You are also familiar with this concept. It says that there are seven people in this world with the same face. The game developer mentioned the three most famous characters of Salman Khan are Chulbul Pandey (Dabbang), Tiger (Ek Tha Tiger), and Prem (Prem Ratan Dhan Payo).

These all three characters have their mission to accomplish as Chulbul Pandey has a mission to finish all crimes in the city. Tiger is to eliminate terrorism, and prem has to complete all the villains in the city. This is an action game, just like Salman Khan’s film.

Moreover, the game also becomes a marketing plan for Yash raj films. In that year, Sultan film had released, so Yash raj also promoted this game. Sultan sets a record of 580 crores.

After the announcement of the being Salman, Salman khan’s fans became so overwhelmed. Over the one million+ downloads, the game becomes so famous after the launch.

This game is an action shooting game, and you play as Salman Khan’s character. Every mission has some challenges. After the mission starts, you have to eliminate the enemy and save the place. You will get the guns to destroy the enemy.

In every mission, you have to go through some instructions. As per the instruction, you have to kill the enemy. Sometimes it is hard to find an enemy; you need some power-ups. When you start the game, only Chulbul Pandey and the tiger character is unlocked.

Types of Modes and Maps

The game features three characters that play on different maps. Chulbul and Tiger play in the city but, Prem character plays in Jaisalmer. In every single chapter, there are many modes that you can play. After completing chapter 1, you’ll be able to unlock and plays as prem. Every character has its specialty and skills. The boss mode is a little tricky. You need to be upgraded guns to complete the boss mode.

Since the game was released, the developer company always comes with new updates. The game is running well just because of its latest features. Playizzon’s developers said that Salman Khan is a famous personality, so we have to update the game to satisfy his fan.

There is a feature of challenge mode. In this challenge mode, you can practice your shorts and improve your shooting skills. This is a fantastic model.

Tips: Prem has a unique ability to throw items at enemy units.

How are the graphics and soundtrack

The game received so much recognition after the launch. We can say that this game is so much famous only because of Salman. In the Google play store, the game received both positive and negative reviews. But, positive reviews are more than negative ones. The game received the first-ever best Bollywood celebrity game from the audience. It was highly populated at a time. Also, the game helps to increase Salman’s fan following.

It is essential to know the requirements of the game before playing it. We have mentioned some conditions by doing research. It is necessary to read your phone’s SD card before downloading the game. The size of the game is not very much, but it is an important point. After this, also keep your network connections reasonable. Although this game is offline but at some point in time, a network connection is required. Keep these small things in mind, you will not face any problems while downloading the game.

In the end, we can say that the game is fantastic to play. You can easily download the game from the Google play store for free. If you are a fan of Salman Khan or looking for any game to play, this game will amaze you.