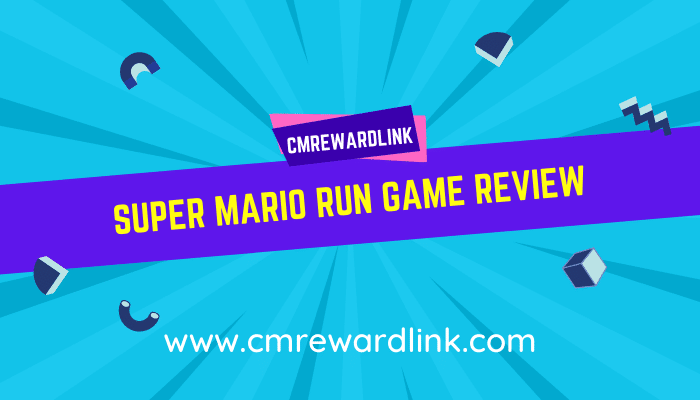 Nintendo decided to modify their pc game into a Smartphone game, with the release of the Super Mario game was the ultimate star.

There are dozens of games available in the market which were developed by Nintendo, by far Mario has represented perfect & incredible things which provides great control which comes with enough potential. Honestly, Nintendo has done an admirable job in developing a different aspect of the game.

Initially one would spend a lot of their time traveling the world of Mario. Just like the old Mario game, it is also divided into three modes which have 24 levels. This 24 level revolves around six different worlds. Even though the surrounding of the game is pretty much the same one will encounter ghost house or maybe deserts or the infamous mushroom kingdom. Even though the surrounding might be the same, there are some upgrades in the graphics which is made by Nintendo. Nintendo has tried to make the characters & surroundings more colorful.

Before diving into the world of Mario, one should know that it is not an endless running game. It is somewhat similar to the previous version. One needs to run and control Mario by avoiding Koopas & Goombas and need to reach the flag point.

After all these issues, Nintendo never fails to surprise us. one of the biggest changes is Mario’s behavior on the vaults of enemies. In general, the concept of the game remains the same still; it did make some significant changes.

In general, the gameplay of the Super Mario run is quite simple. One needs always to tap the screen, controlling Mario is quite easy; there are only short & long taps, and those are the only controls in the game. Even though a player might need to make a Mario jump which will automatically handle everything, this game tries to feel the essence of infinite running like temple running or subway surfers.

As we earlier mentioned, this game has 24 levels after that the game will come to an end.

One thing we adore about this game is its way of rewarding you. One can easily collect as much as coin they want as this is the only motive of this game. The interface of this game wants you to nab as many coins as you want instead of getting in a particular destination.

Other than these coins one can collect some precious gems which will help you in-game swag. This gem comes in three different colors; one is pink color, the other one is purple, and lastly black. This is the only thing that keeps you engaging and because of which you will return to play this game. To gain these valuable gems, one needs to have a precise knowledge of the location and layout of the game.

No of the levels in Super Mario Run

As we earlier mentioned that this game has altogether six worlds each of this world has 4 levels out of this four-level one level is the boss level, one can enter this level if you finish the lower level. One can travel through the level by collecting coins.

Other than this mode there is another model available in this game which is known as Toad rally. In this mode too, one would travel the world while doing so, one would collect coins. But there is a catch in this mode. Here the player has to compete with the ghost character of another world. This ghost character is also another player of super Mario run. The graphic style is fantastic, just like the other ones.

But this toad rally comes at a price. There is a limitation in playing this mode as one needs to enter the competition one need to have an in-game ticket which is available at a certain price.

Other than these two modes, there is another customizable mode. One can create certain buildings or a certain environment according to their preference.

● One can easily play this game instantly.

● One can do many things outside of the level.

● These games would make me nostalgic about the old Mario game.

● One collects many coins.

● One needs to buy the game if one considers having the full game.

● One would need the internet to play this game, so there might be an issue playing this game while traveling.

If we ignore the certain issue, Super Mario Run is the finest game developed by Nintendo. They have come with a game that has minimalistic design & gameplay. The concept of the game is so simple that children adore this game. Not only children adults also love this game as the structure of this game is awesome. The developer has created the game in such a way so that one can earn enough coins through gameplay.

If though the main issue of the game is that it is a bit costly but if we compare the game to another Mario game console then this is the cheaper one. One thing which we adore is collecting bonus coins. This is the fun part of Super Mario Run.