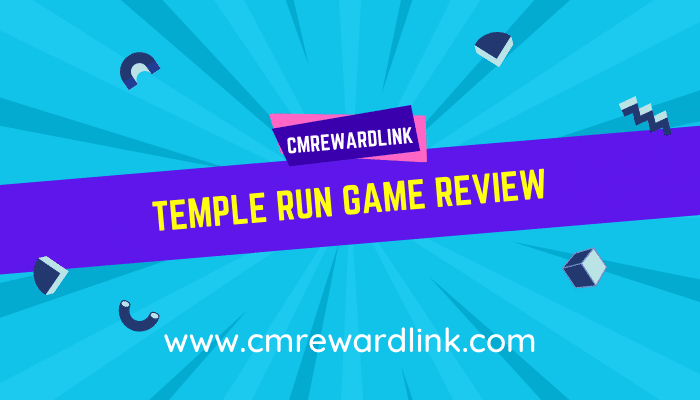 Temple run is an endless running game that was launched by imangi studios on 4 august 2011. In this game, the player explores the ancient jungle of the game one needs to run away from the demonic monkeys.

In temple run the player is being provided with various character, one need to choose any of that character. These characters are Scarlett Fox, Barry Bones, and many more. One will choose any of these characters, and this chosen character will embark on a journey where one will steal the ancient idol from the abandoned temple. This character has no idea that the idol is being cursed and if anybody tries to steal it, the demonic monkeys will devour them. Just like a subway surfer, it is an infinite running game because of which one needs to endlessly run until the character is hit by any large object or fell into the water or the monkey overtakes the chosen character.

Controlling the character is pretty easy; one needs to touch the screen to swipe left or right to collect coins or to avoid any obstacles. While running, one gets to collect different. Altogether there are three types of coins golden, red and blue. Each of these coins has different values. The gold coins are worth single coins while the red coins have the value of two coins while the blue coins have the value of three golden coins. These coins can be used for upgrading boosters. One can also buy a character using these coins. One can also buy coins by paying for those coins through actual money.

How is the Gameplay & Graphic

The undeniable feature of the temple run is its graphics. This game has some variant colors and this color is being used in the environment. This color adds a realistic view of the environment as well as the character.

While playing the game, one would feel the landscape of the game is realistic. The curve road brings goosebumps to their players. The curved roads and the terrain is visually appealing. Temple run has some great visually appealing features like the waterfalls some periodically added obstacles that try to make their player feel more realistic which is not seen in many infinite running games as most of these games have a monotonous setting which often makes the game predictable.

How to play temple run

This is the thing that we love about temple run as this game is unpredictable. One doesn’t know which kind of obstacle will be waiting for them. One needs to react at that exact moment or else the character devours by the demonic monkey.

This game also has a specified section for zip wire & minecart. In the initial run, a player has to slide down through a zip wire to run from the monkey. In temple run players have to hop on minecart where the player navigates through the old mines within the cave.

Even though some might face the issue of lagging because of which the character might die, the controls of the graphics are good. The sliding and swiping control of the game is compact and good. One needs to swipe left & right for the left and right turn, respectively.

What are the features of Temple Run?

One needs to be aware of the routes because while turning, one might face some hazardous issues like fire rocky plates, and so on. One might need to tilt their phone left & right for coins or booster. This coin will be helpful to buy one new character or to upgrade the boosters or abilities. Initially, the player will get four characters to choose from one can also upgrade their avatar through coins.

Green gems are used for restarting the game if something goes wrong in the gameplay. Using these gems, players can continue with a game where they have left off, if one doesn’t do that, then one needs to start with the game from the very beginning.

In temple run, the more one plays, the more one will earn both coins & gems. Even though coins are available all the time gems are pretty rare. If someone is willing to buy the coins & gem, one can do that through app purchase.

Temple run is a great game that has some realistic graphics. The character and the landscapes are visually appealing. One finds it difficult to use gyro, but once you get along with it can come in handy. It is a great game that will give occasional jump scare as most one might find an obstacle while turning, which is a good thing loved by the fans of temple run.

Temple run is different from many endless running games as it is unpredictable. We would recommend you to check out this game not for the gameplay to experience the realistic landscape of the game.